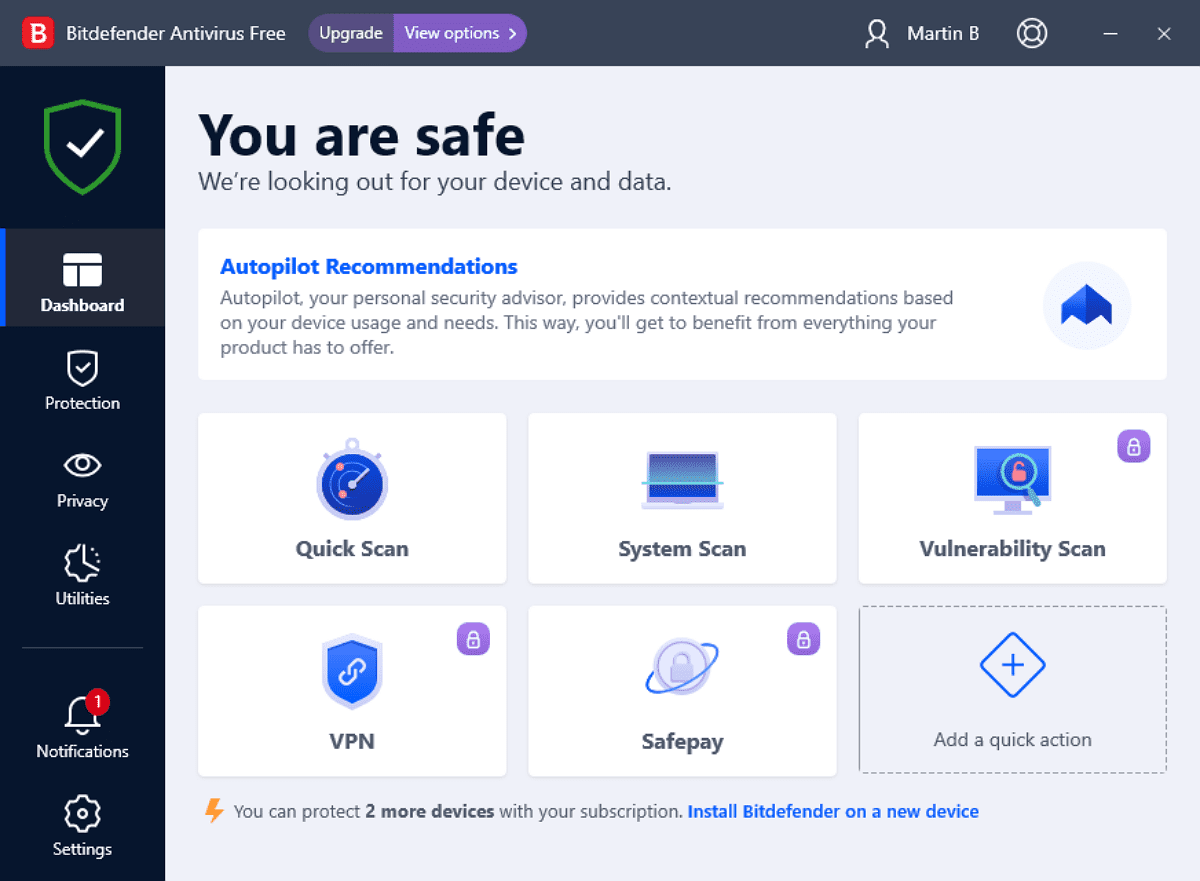 In a surprising move, Bitdefender has launched a new free antivirus product for Windows after canceling the old one three months earlier.

The free section of the Bitdefender website does not yet list the new product. You need to visit this link to open the page with the download link. The download is small, but the installer requires an internet connection and will download over 500 megabytes when run, provided you allow it to do so.

The version requires a Bitdefender account. A registration and login form is displayed on first run. Users who don’t want to create an account just for this can uninstall the antivirus product right after installation as there is no option to use it without an account.

According to Bitdefender, the new antivirus adds Outlook and Thunderbird email protection, custom scan scheduling options and exploit detection to the protection features.

The free version protects against all advanced threats according to Bitdefender. Several features, such as ransomware fixing, vulnerability scanning or a firewall are not included in the free version.

The interface is easy to use, but many options are locked for free users. The dashboard displays two actions, Quick Scan and System Scan, which are available in the free version, and three, Vulnerability Scan, VPN and Safepay, which are not.

There are several upgrade buttons in the interface, and selecting one of the locked options will also show upgrade options. Users can also be notified of special offers and recommendations by default, which can be disabled in the options.

Bitdefender received quite a bit of backlash when it announced the end of the free antivirus solution. If he had waited for the announcement until the new free product was ready, many users might not have taken the announcement so badly.

Bitdefender Antivirus Free offers basic protection against certain types of threats. The good news is that it uses the same anti-virus engine as the paid products, and Bitdefender has performed very well in all recent tests.

The program can be an option for users who don’t care about missing features and regular reminders about paid upgrade options. Free trial options are available for users who want to test out the additional features without having to part with their money right away.

Now you: what is your opinion on the launch?