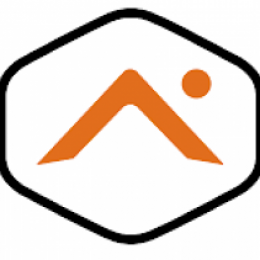 TYSONS, VA — Last week, Alarm.com and Vivint held their third quarter earnings calls, but it’s Alarm.com that remains shortest of the stick as it filed for arbitration against the latter. .

Following the third quarter report, shares of Vivint jumped 20% to close at $8.44 by the end of the day. Alarm.com slipped relatively in late October after an update provided on a licensing dispute with Vivint that will have a major impact for the company starting in the fourth quarter and continuing into next year. Vivint informed Alarm.com in September that under their cross-licensing agreement they were no longer obligated to pay certain licensing fees, and therefore discontinued them.

“Moving into high gear, I want to address the Vivint case and how it relates to our original vision for 2023,” said Alarm.com President and CEO Steve Trundle. “As you know, Vivint recently informed us that it would stop paying Alarm.com royalties associated with the patent licensing agreement we entered into with Vivint in 2013. We have filed for arbitration in under our agreement.We expect the arbitration process, which is confidential and not open to the public like traditional litigation, to take approximately 12 to 16 months.

He continued, “We intend to continue to vigorously defend the investments we have made in our technology over the past 20 years, including our global patent portfolio of over 600 issued patents and other patents in progress. instance. As we previously disclosed regarding the Vivint case, Alarm.com estimates that quarterly SaaS and licensing revenue and total revenue will be impacted by approximately $6 million per quarter from the fourth quarter of 2022 through ‘in 2023.’

During Q&A, a caller asked if ADT, another big Alarm.com licensing revenue partner, could follow suit by not paying the fee. Trundle dismissed the concerns and described the two companies’ relationship as inherently different, calling it a “very positive relationship”.

In Vivint’s appeal, the dispute with Alarm.com was barely mentioned. “So at the end of September, we informed Alarm.com that under the cross-licensing agreement, we are no longer obligated to pay certain licensing fees,” said David Bywater, CEO of Vivint. “We are very confident in our position. Beyond that, our policy is not to comment on disputes, but we’re very happy with this decision given the cross-licensing agreement and that’s our position there.

In total, Alarm.com estimated a loss of $6 million per quarter due to lost revenue from unpaid license fees. The company said it doesn’t want to be constrained in its legal options in 2023 and has budgeted between $16 million and $20 million.

“We want to be positioned to roll out a full legal budget without surprising our investors next year,” Trundle said.