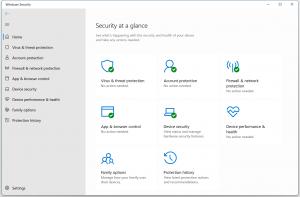 AV-Comparatives has verified security programs for Windows 11, including Microsoft Defender 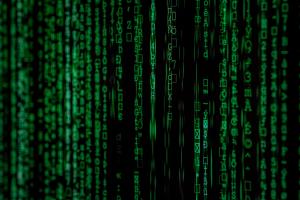 Photo by Markus Spiske on Unsplash

Our research shows that AV-Comparatives’ main consumer test series vendors are well prepared for Windows 11. The core functionality of their AV programs will run efficiently on the new operating system.

INNSBRUCK, TYROL, AUSTRIA, September 28, 2021 /EINPresswire.com/ – Independent security testing lab AV-Comparatives has released a list of compatible consumer antivirus programs for Windows 11. The new Microsoft operating system to be released public on Oct. 5, anyone considering upgrading or purchasing a new Windows 11 PC will need to know how to protect their new system from malware. AV-Comparatives has checked all 17 products in their core consumer test suite to see if they perform as expected on Windows 11.

As noted in a previous AV-Comparatives blog post, Windows 11 has specific hardware requirements, such as particular processor models, secure boot, and a TPM 2.0 chip. Many existing PCs do not meet these specifications. A week before Windows 11 was released to the public, the position regarding installing the new operating system on unsupported hardware was still unclear. It has been suggested that Windows 11 could be installed on PCs that do not meet the minimum requirements, but those systems will not receive security updates from Microsoft. Should this be the case, AV-Comparatives strongly advises against the use of such systems. Windows Updates are an essential part of computer security, regardless of the antivirus solution used.

Problems in preview versions of Windows 11

The test lab notes that the preview version of Windows 11 used for verification – 22454.1000 – was generally affected by minor issues and delays in daily tasks such as showing the Start menu when the Start button was clicked. These also affected third-party programs such as security applications. However, this would not affect security, provided the user uses common sense, such as waiting for definitions to update before downloading potentially risky files from the internet. The testers also found that a few programs did not detect the EICAR test file on Windows 11, whereas they would on Windows 10. However, all of these programs detected actual malware exactly as expected.

For its compatibility check, AV-Comparatives installed each antivirus application on a clean base system with Windows 11 Preview Build 22454.1000. After the installation was completed, a manual local malware database update was performed (if applicable) and the PC was restarted. After that, the testers verified that the program registered as an antivirus program in Windows Security. Next, they disabled the real-time protection of the respective application and then noted if a warning was displayed and if the protection could be re-enabled using the “Fix All” button provided by the vendor. Real-time protection has been reactivated for the remainder of the verification process.

In the next step, AV-Comparatives attempted to copy malware samples from a network share to the Desktop folder of the Windows 11 system. If any of the malware samples were not detected by the protection at access during the copy process it was executed. Then this procedure was repeated, but using malware samples on a connected USB drive rather than a network share. An on-demand scan of malware samples on a connected USB drive was also performed. Finally, the antivirus product was uninstalled, to verify that it was removed properly, and deleted its Windows Security record. If this did not happen immediately after uninstalling, the system was restarted and checked again.

AV-Comparatives states that although they have carefully checked the main functions of the AV applications specified on Windows 11, they cannot take any responsibility for the proper functioning of any of them. AV-Comparatives also recommends installing a trial version of any AV application before making a purchase. Users should also note that unless a vendor specifically declares their product to be compatible with Windows 11, support for it may be limited.

AV-Comparatives further suggests backing up important data and setting up a disaster recovery plan (such as creating a restore point in Windows System Protection), before making any major changes to the system. They also advise performing a clean install of Windows 11, rather than upgrading from a previous version, maximizes the chances of getting a fully operational system.

Finally, AV-Comparatives points out that the feature check they performed for this report only used a handful of malware samples, and each program only had to detect the same number as on Windows 10. For more details on protection and performance testing, running in Windows 10, please visit the AV-Comparatives website: www.av-comparatives.org.

To pass the AV-Comparatives for Windows 11 compatibility test, each program had to do the following:

– Successful installation, without requiring specialist knowledge or workarounds
– Activate real-time protection without user intervention
– Integration with Windows security
– Successfully update malware signatures, automatically or manually
– Notify if real-time protection is disabled, and allow user to easily re-enable it
– Provide (at least) the same malware detection as on Windows 10
– Take appropriate measures in case of detection of malware, ensuring that the system is protected
– Do not have obvious bugs or false notifications
– Cleanly uninstall and remove its entry in Windows security

Of course, the items relating to installation, uninstallation and integration with Windows Security only apply to third-party AV programs.

The following programs have passed the AV-Comparatives compatibility check:

At the time of writing (September 28, 2021), none of the vendors listed above officially support Windows 11. However, this is expected to change quickly once the final version of the new operating system is released. October 5.


The priority of EIN Presswire is transparency of the source. We do not allow opaque clients and our editors try to be careful to eliminate bogus and misleading content. As a user, if you see anything that we missed, please bring it to our attention. Your help is welcome. EIN Presswire, Every’s Internet News Presswire ™, tries to define some of the limits that are reasonable in today’s world. Please see our editorial guidelines for more information.

New malware steals your Steam, Epic, EA accounts – how not to be pwned

How do malware removal tools work?

Have you been scared of ransomware? 6 things you can do to protect your business