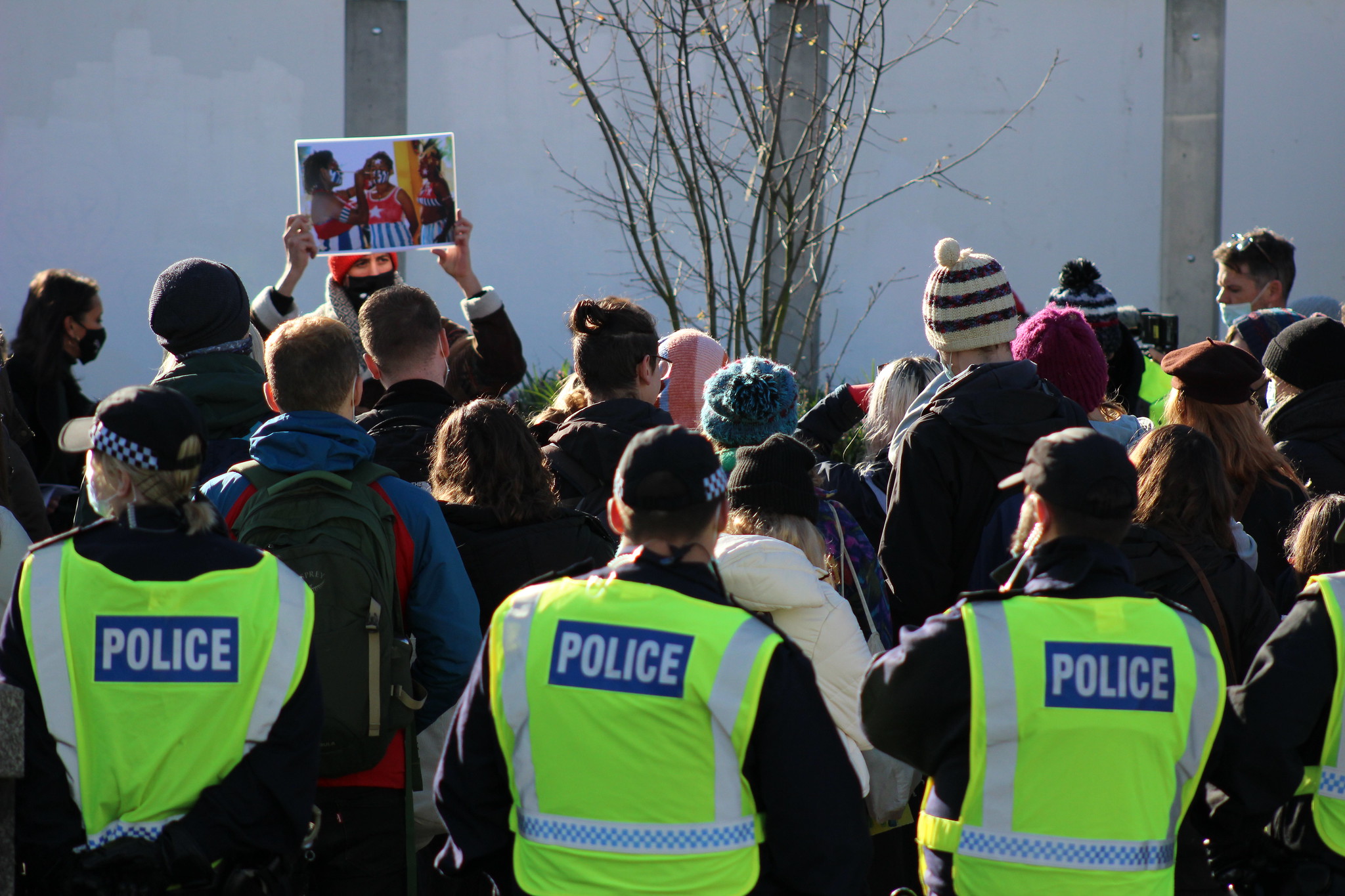 COP26 – And after? | Transnational Institute

By admin Last updated Feb 2, 2022
Share
In the largest armed deployment in Scottish history, 10,000 police officers have been enlisted in flood the streets of Glasgow. Police chiefs said their presence was for “public safety”, but it was noted that they were almost exclusively deployed against peaceful protesters and that no oil company CEOs (arguably the biggest threat for humanity) has been arrested. In fact, fossil fuel executives made up the largest delegation of delegates within the “blue zone,” the most heavily fortified area guarded by phalanxes of police.

The Glasgow climate summit represents a microcosm of current security politics, in which states resort to militarized and security responses rather than addressing the underlying causes of social and environmental crises. Notably, this single-event police operation named Urram (Gaelic for respect) cost £200 million. This is almost three times the amount of climate finance that all rich countries together pledged in 2009 to provide to the poorest countries each year, but have still failed to deliver. TNI’s research in a pre-summit report, Global Climate Wall, tells a similar story. He revealed that the wealthiest countries spend more than twice as much on border and immigration control as they do on climate finance. Militarization has become the climate adaptation policy of the rich world.

The reason for this is that the past few decades have seen the combination of two dominant paradigms that impede climate justice. The first is the ideology of neoliberalism that has unleashed corporate power and hindered effective state action to radically reduce climate emissions. The second is the rise of security policies and infrastructure, particularly in the aftermath of 9/11, which made “security” the top priority. purpose of State. There is not a problem in the world that does not have a security “solution”, even climate change, where the term “climate security” is increasingly used by military generals and politicians. Indeed, NATO Secretary General Jens Stoltenberg was attending the Glasgow Summit for the first time, arguing that “security and climate [are] two sides of the same coin‘.

The central question this raises is whose safety? Policing in Glasgow points to the answer, as it is clear that the ‘climate security’ advocated is about the safety of those inside the global ‘blue zone’, not those who are most affected by climate change. of NATO latest climate security plan, for example, primarily seeks to ensure the security of military assets and the protection of its wealthy members and their economic interests in times of climate crisis. It is certainly not intended to guarantee the safety of those who are forced to leave their homes in the poorest countries due to extreme weather conditions. In fact, he warns of the “threats” posed by migration due to climate change, turning the victims of climate-induced displacement into today’s latest security challenge. We can see the deadly results of this approach today with the rising death toll of refugees in the English Channel between Dover and Calais.

The challenge for the peace and climate movements from COP 26 is therefore not only to stop worsening climate change, but also to increasingly challenge States on how we are doing it. let’s answer. We must oppose a security response to climate change, and defund and dismantle the military and security systems that will invariably worsen the impact of the climate crisis on the most vulnerable communities and peoples. A just transition depends on ending the war/security complex.

For more information: Primer on Climate Security: The dangers of militarizing the climate crisis (TNI, October 2021). Available at https://www.tni.org/en/publication/primer-on-climate-security.