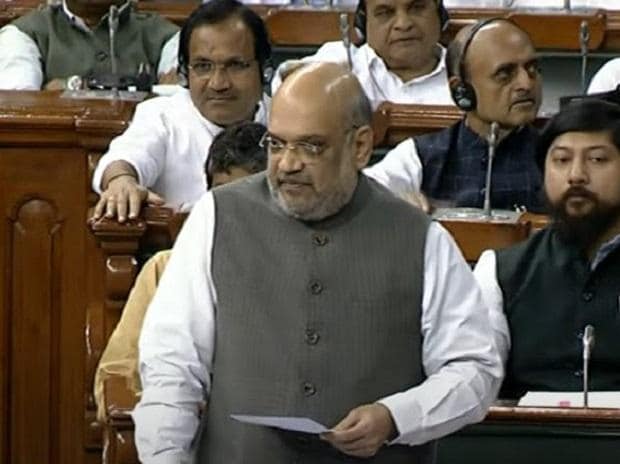 
Stressing that organized and coordinated cyberattacks have profound implications for national security, Union Home Minister Amit Shah on Saturday ordered the formation of a committee headed by the Home Minister to draw up a strategy to combat the threat, officials said.

Shah gave the directive during the Northern Zonal Council meeting held in Jaipur, during which the participants – including Chief Ministers and Lieutenant Governors – expressed their concern over cybercrime and highlighted the need to develop an effective strategy to deal with it.

The council includes Haryana, Himachal Pradesh, Jammu and Kashmir, Punjab, Rajasthan, the National Capital Territory of Delhi and the Union Territory of Chandigarh.

The Regional Councils provide a forum for discussion in a structured manner on matters concerning one or more States or matters between the Center and the States.

The interior minister said that the zonal councils are an important forum for reaching an amicable settlement of interstate issues and enhancing regional cooperation between states.

Shah said organized and coordinated cyberattacks have a profound impact on national security, the public system and economic activities, and it is necessary for all to work together to ensure the security of national cyberspace and civil security in general.

He called for strict action against cybercriminals in various hotspots through better coordination between central and state security agencies.

Shah advised central and state government agencies to use common software developed by the union home ministry, work together to identify issues of concern, track down violators and take strict action against them.

“In this context, it was decided that a committee under the chairmanship of the Union Home Secretary with all relevant departments and state governments would prepare a strategy to combat the growing threat of cybercrime,” says the press release.

Shah also stressed the need to train police officers, prosecutors, telecom companies and their PoS agents in new technologies and advanced skills. He called for the maximum use of IT tools to detect cybercrimes and to take systematic measures to prevent their recurrence.

The sharing of river water among member states was also discussed during the meeting with Punjab and Haryana raising the issue of the Sutlej Yamuna Link Canal. Shah called on the states concerned to take an amicable approach and find a time-limited solution.

There are five area councils in the country which were established in 1957 under Section 15-22 of the States Reorganization Act of 1956.

“All stakeholders need to come together to establish a strong development cooperation mechanism. The regional councils were created for this purpose,” Shah said.

He said more than 75% of council issues have been resolved by consensus in three years of experience.

“A very good process has started and we should all continue it, we are moving towards 100% results on issues of national consensus,” he said.

A total of 47 issues were discussed at the 30th board meeting out of which four were identified as important topics at the national level.

“Of these 47 issues, 35 have been resolved. This shows the determination of the government led by Narendra Modi and its commitment to the comprehensive development of the country in the spirit of federalism,” the statement said.

Other issues discussed at the meeting included improving banking services in rural areas, tracking cases of rape and sexual offenses against women and children, setting up fast-track courts for such cases. and the implementation of direct benefit transfer (DBT).

(Only the title and image of this report may have been edited by Business Standard staff; the rest of the content is auto-generated from a syndicated feed.)