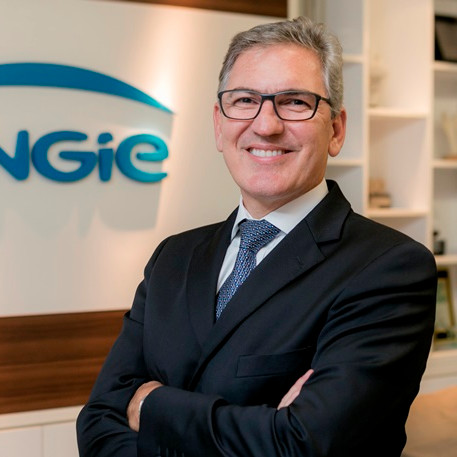 Engie Brasil Energia is advancing on its objective to get rid of assets such as the Pampa Sul coal-fired power plant in Brazil, sold in September, and to focus solely on renewable energies.

Located in Candiota, Rio Grande do Sul, the 345 MW unit was sold for 2.2 billion reais ($430 million) to Grafito and Perfin Space X investment funds, managed by Starboard and Perfin.

The sale comes about a year after the finalization of the sale of the Jorge Lacerda thermoelectric complex, now operated by Diamante Energia.

BNamericas: What does Engie Brasil Energia’s portfolio look like by energy source?

Sattamini: Engie Brasil Energia is moving towards 100% renewables, an objective pursued for at least six years, after having decided to accelerate the exit of coal activities in the country in accordance with the group’s global guideline, by directing efforts and investments in wind and solar generation projects, as well as transmission infrastructure.

After the closing of the sale of Pampa Sul, we will continue our strategy by consolidating ourselves as the largest clean energy company in the Brazilian electricity sector, with more than 8.1 GW of installed capacity from renewable sources: 79.6 % from hydroelectric sources, 15.6 GW% from wind, 3.2% from photovoltaics and 1.6% from biomass. In addition to these 8.1 GW, the Engie Group has 1.5 GW in Brazil linked to its stake in Jirau Energia.

BNamericas: What will be your priorities be?

Sattamini: The focus continues to be on expanding our installed capacity in renewables and diversifying our portfolio, with expansion in the transmission segment.

Since 2015, we have invested more than 20 billion reais in the execution of our strategy, and today we have 3.5 GW After capacity to install, taking into account the projects in the portfolio and including our most recent acquisition, Serra do Assuruá, formed by 24 parks totaling 846 MW to be installed in Bahia thanks to an investment of approximately 6 billion reais. Resources will facilitate the leveraging of this focus, with projects being implemented over the next year.

We remain attentive and analyze possible investments in greenfield projects in the northeast region, in solar photovoltaic and wind energy, as well as good opportunities for mergers and acquisitions in renewable sources.

BNamericas: Does the company plan to invest in hybrid parks and energy storage solutions?

Sattamini: We believe that we will not need a single technology, but a mix of them, a factor that underpins our investment decisions. This is exactly what we expect with the development of the Campo Largo solar PV park, located in the same area as our wind power plants already in operation in Bahia, and with the Santo Agostinho solar PV project, which will be in the same area. of deployment than the wind farm.

Bahia and Rio Grande do Norte are regions with high potential for solar and wind energy production, and it is fundamental that we understand how to optimize these areas and accelerate the delivery and availability of these projects, based on synergies with d other assets in operation, taking into account in particular the output of this energy. Today, the depletion of connection points in the northeast is one of the biggest challenges for the sector.

With regard to intermittent sources, such as solar and wind, batteries will be important to improve the generation profile of these sources, but always in a continuous process of technical development, necessary for their economic viability for application at large scale.

I consider it necessary to advance the valuation of hydroelectric plants and the role of reservoirs as a large battery of the national electricity sector, bringing flexibility to the system. Hydroelectric plants will remain an important part of our business for years to come.

Another type of energy storage, other than that made possible by reservoirs, will be a solution to meet very specific demands, especially given Brazil’s predominantly hydroelectric matrix.

BNamericas: Are offshore wind and green hydrogen on your radar?

Sattamini: We are committed to occupying a leading position in the development of green hydrogen production in Brazil, which is, today, the most viable and competitive way to support sectors with a high carbon footprint and requiring complex solutions for decarbonizing their industrial processes, such as steelmaking, mining, chemicals and petrochemicals.

This is valid both for the domestic market, serving as a support axis for this new industry, and for export through the development of international demand for green hydrogen or its derivatives, while we observe growing in Europe and the USA to encourage this demand.

Seeing the immense growth potential of renewable electricity sources, these could form a basis for placing Brazil in a leading position in the production of green hydrogen and its derivatives. These elements justify the fact that Brazil is at the center of the Engie group’s strategy to develop green hydrogen projects.

Worldwide, the group already has 70 industrial green hydrogen projects in development, including 20 projects with a capacity of more than 50 MW, in 10 countries. In Brazil, we signed a memorandum of understanding with Ceara state to develop a large-scale green hydrogen project in the port of Pecém. The first stage aims to produce between 100 MW and 150 MW within five years. Bahia and Rio Grande do Norte are also regions with high potential for the development of these projects.

Regarding offshore wind power, we are following all the discussions necessary to define the legal and regulatory frameworks and a possible insertion into the national energy matrix. It is important to highlight that Brazil still has enormous potential for onshore wind and solar projects to be developed with excellent availability of natural resources.

BNamericas: In the meantime, will natural gas production be considered?

Sattamini: Next-generation projects focus on renewable sources. Our presence in Brazil, in the natural gas segment, more specifically in gas transmission, is through our participation in TAG, which contributes to the diversification and decarbonization of the Brazilian energy mix.

This participation of Engie in the natural gas segment can also contribute to the development of the hydrogen activity, since the skills for transporting and storing gas can be used for certain solutions or projects for the production of green hydrogen or its derivatives.

How to get rid of a virus on an Android tablet

CrowdSec thinks using an IDS is the key to stopping hackers