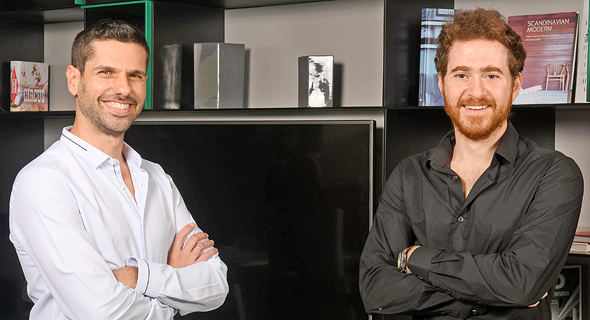 How did Noname Security become a unicorn earning $ 5 million a year?

The Israeli cybersecurity industry taught us last year that nothing is impossible. There is nothing too big or too excessive. The cyber sector generated the most investments in 2021 and created the most and the largest of the Unicorns. Wiz d’Assaf Rappaport has raised funds at a valuation of $ 6 billion with projected sales of $ 25 million; Talon raised a fundraising round of $ 26 million, a local record that will likely be broken soon; while SentinelOne went public on Wall Street at a valuation of $ 10 billion.

However, even in the endless stream of fundraising announcements, there was one that stood out in particular last week. That of Noname Security which announced to have raised 135 million dollars for a valuation of 1 billion dollars. It was an announcement that read like a riddle.

The company was co-founded by Oz Golan, who is the CEO, and CTO Shay Levi. According to the announcement, the two men met while serving in IDF Unit 8200. It is generally customary to detail the business history of co-founders in such announcements, but in this case there was only a mention of their military service. It seems that company spokespersons forget to mention that from the time Golan served with Levi at 8200 and until they reunited at their new cyber business, Golan worked for nearly five years at NSO, his last role being that of R&D director of the company.

The leadership role he held at the company probably served him well by founding a startup with cutting edge technology that reached a valuation of $ 1 billion in record time. However, this does not serve him well as he sells his products in the US market, given the recent damage to NSO’s reputation.

The story of Noname Security, however, is not just about its CEO who graduated from NSO, but rather how far it has come from its founding in 2020 until when it raised $ 135 million at a valuation of $ 1 billion. , becoming the last and possibly the last Israeli cybersecurity Unicorn for 2021. From the time she stepped out of stealth in December of last year, Noname raised $ 220 million. Some of the world’s best-known cybersecurity investors have invested their money in the business, including Insight Partners, Cyberstarts, Georgian, and Lightspeed. Insight Partners decided to be a secondary investor in the last round, although they generally prefer to lead rounds. According to market estimates, there could be two reasons for this. Either the VC did not wish to extend the turn in an exaggerated way, or it does not believe as much in the company and preferred to simply remain a shareholder.

Noname security published problematic information in its press release last week. He said since its inception, it has “increased its customer base and revenue growth by over 400% each quarter.” The problem with this number is that the company did not specify the actual numbers. The reason it didn’t is because, according to information sent to its investors, the company expects its revenue in the last quarter of the year to be less than $ 5 million, with revenue generated during its last quarter being essentially its income for the year.

According to industry executives, when looking at companies like Noname Security, it’s the growth rate that matters rather than its revenue in any given quarter. These executives say there aren’t many cybersecurity companies growing at this rate. This also applies to Wiz, but at least Wiz has posted revenue in the tens of millions of dollars, as has Orca Security.

Noname also refrained from naming its clients in last week’s statement, including a quote from the CISO of SailPoint, which is not a very large company. Additionally, Noname noted that he “works actively with 20% of the Fortune 500”. However, representations to the company to receive specific company names or elaboration on the meaning of “actively working” have not been answered.

According to the company, its success is the result of its proactive approach to API security throughout the software development lifecycle. Noname’s technology analyzes configuration, traffic and code to identify API vulnerabilities, considered a major network weakness.

Even though the company boasts of its unique solution, its industry is far from new, with at least one other Israeli startup, Salt Security, specializing in this area. Salt was founded in 2016 and has raised $ 131 million to date. It employs 150 people, half of them in Israel and half in the United States. The API security market is undoubtedly growing these days and it is no surprise that Noname chose it to achieve accelerated growth. It is difficult to assess the effectiveness of Noname’s solution compared to what is currently available in the market. With so many companies looking for solutions, there is an opening to try different tools, even among large companies.

Noname commented, â€œThe company is prohibited from revealing its customers or revenues, which have grown 400% each quarter since its inception. ”