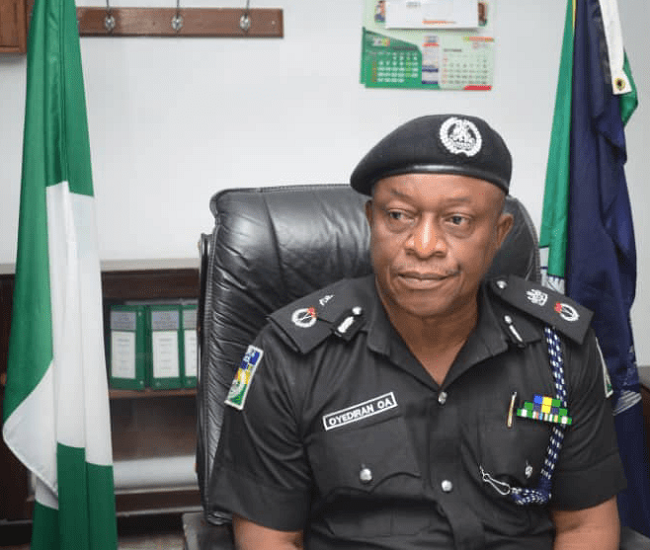 Ondo State’s new police commissioner, Mr. Oyediran Oyeyemi, has pledged to work with the State Security Network Agency, known as Amotekun, and other security agencies in under the law, to ensure a safe and secure environment for all residents of the state.

He said, “I am ready to work with all security agencies under the law and stakeholders to make Ondo state crime free.

“I firmly believe that the current security problem facing the country will be a thing of the past. We just need to sew a few edges.

“You will notice that the problem of human rights violations is seriously diminishing, and I want to assure you that under my watch there will be no connection with the abuses. “

It will be recalled that Oyeyemi was assigned to the State, following the retirement of CP Bolaji Amidu Salami, the former State Police Commissioner, who completed the years of statutory service in the Force. .

“He holds a BSc (Hons) in Psychology from the University of Ibadan. He has taken several tactics and leadership courses inside and outside Nigeria including Strategic Leadership and Command Course (SLCC), Police Staff College, Jos; Strategic action against kidnappings and hostage-taking (UN Senegal) among others.

YOU MUST NOT MISS THESE TITLES NIGERIAN TRIBUNE

Buhari urges MTN to offer quality service, downgrading the cost of data and other services