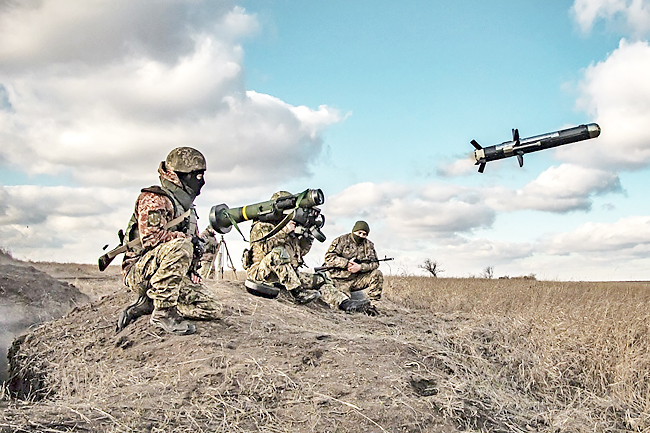 
KIEV (AFP) – Russian President Vladimir Putin is determined to destroy Ukraine but there is no major risk of an imminent invasion, a senior Ukrainian security official said on Friday.

Speaking to AFP in an interview, Secretary of the National Security and Defense Council Oleksiy Danilov said talks about the invasion of Moscow could destabilize Ukraine and play Putin’s game.

â€œPutin wants to destroy our country. Will he succeed? No, he won’t, â€Danillov said.

“Our citizens will protect our country,” he said, adding that the army and civilians will form a large national movement of “resistance” if Russia attacks.

Tensions have been mounting since mid-November when Washington sounded the alarm over a massive build-up of Russian troops on the Ukrainian border and accused Putin of planning an invasion.

But Danilov, 59, played down the risk of a major military escalation, saying Ukrainian officials saw no “critical build-up.”

According to Kiev estimates, the number of Russian troops along Ukraine’s borders has risen from around 93,000 in October to 104,000 today.

President Volodymyr Zelensky’s security assistant stressed that the authorities did not want to “frighten people” with war speeches as it “would destabilize the situation inside the country”.

The Russian leader has for years questioned the legitimacy of Ukraine’s borders and insisted that Russians and Ukrainians are “one people”.

In his year-end press conference Thursday, Putin said Ukraine was “created” by Vladimir Lenin, the founder of the Soviet Union, in the 1920s.

Danilov accused the Kremlin of seeking to destabilize Ukraine from within by resorting to cyber attacks and exacerbating an energy crisis in one of Europe’s poorest countries.

â€œI insist that this is Putin’s main task,â€ he said.

If all else fails, then the Kremlin could move troops across the border, Danilov added.

The West has long accused the Kremlin of providing direct military support to pro-Russian separatists, who carved out two small states in eastern Ukraine soon after Moscow’s annexation of Crimea in 2014.

Russia denies the allegations and Putin has suggested that the conflict, which has claimed more than 13,000 lives, is genocide.

Danilov accused the Kremlin of seeking to further divide Ukraine.

“They want to tear our country apart so that it ceases to exist within its current borders,” he said.

Moscow has denied its intention to launch the attack and accused Kiev of planning to take back by force the small breakaway states backed by Moscow.

Danilov, however, said an offensive was not an acceptable solution for the Ukrainian authorities as it would lead to a massive increase in civilian casualties.

“But Putin doesn’t want that.”

US President Joe Biden has threatened Putin with sanctions “like he has never seen before” in the event of an attack on Ukraine.

Washington has also said it is ready to strengthen its military presence in Eastern Europe.