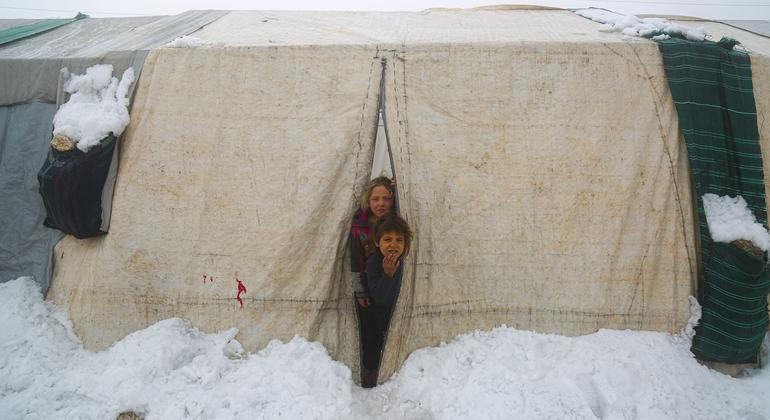 For Geir Pedersen, despite the continued violence and suffering, it is clear that “a military solution remains an illusion” and no combatant can determine the outcome of the conflict.

Just last month they had to deal with airstrikes, more crossfire and shelling on the front lines, an outbreak of hostilities in the northeast, continued violence in the south, to an increasing number of security incidents related to drug trafficking and terrorist attacks by ISIL. , among other threats.

In recent days, an unprecedented terrorist attempt to escape thousands of detainees suspected of being affiliated with ISIL in Hasakah has sparked major clashes, with airstrikes killing dozens.

According to the special envoy, the Syrian Democratic Forces running the prison have regained control in the past few hours, and all or most of the ISIL fighters appear to have surrendered.

Despite the positive developments, Mr. Pederson remains very concerned about the safety and security of the civilians caught up in this situation, many of whom have been displaced.

He is also aware of reports that ISIL members are locked up in juvenile dormitories, in effect using boys as human shields, putting hundreds of children in detention at risk.

“Even though this particular ISIL uprising could have been called off, this episode brings back terrible memories of the prison breaks that fueled the initial rise of ISIL in 2014 and 2015,” he said.

For the special envoy, it is “a clear message” on the importance of uniting to combat the threat of international terrorist groups and to resolve the wider conflict in which terrorism inevitably thrives.

In the meantime, the tragedy of the Syrian people is getting worse, he said.

Around 14 million civilians are now in need of humanitarian assistance.More than 12 million people are still displaced – and many are currently facing freezing winter conditions.

Tens of thousands of people are detained, abducted or missing. Syria’s economy has collapsed. Crime and smuggling are flourishing.

Education is fragmented and severely degraded, as are institutions and infrastructure in all areas. There are also reports of young people seeking to leave the country at any opportunity, sometimes falling prey to traffickers and warlords.

“The country remains de facto divided and society is deeply fractured. The Syrians see no concrete progress towards a political solution,” Pederson said.

During visits last month to Tehran and Doha, the Special Envoy continued to engage with all parties to the conflict.

“My question to all interlocutors is the same: can you identify not only what you are asking for, but also what you are ready to put on the table, in exchange for steps on the other side? he told council members.

The special envoy said he would welcome any “new ideas” on issues such as detainees, humanitarian aid and recovery; the conditions for the return of refugees; and repairing the economy and social fabric.

The ultimate goal, he explained, remains to create an environment in which a constitutional political process can be agreed upon and elections can take place under UN supervision, as envisaged in Security Council Resolution 2254.

As part of that process, Mr. Pederson is trying to reconvene the Syrian-led, Syrian-owned, UN-facilitated group. Constitutional Committee, but he said the Committee’s work “remains disappointing” so far.

“It’s a huge challenge to make real progress that can make a difference for the Syrian people, but that’s what we have to do.“, he concluded.