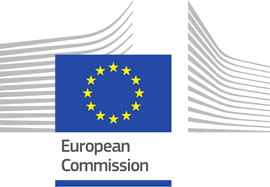 In the European Union, biosimilars are capturing a growing share of originator drug territory, improving economies and patient access to critical biologics, according to a report from IQVIA, a pharmaceutical industry analyst. the report takes a close look at 23 EU markets.

â€œBiosimilar manufacturers are increasingly prepared for the loss of exclusivity opportunities and the creation of increasingly crowded and competitive markets within European countries,â€ says IQVIA. â€œThose who have the right system in place will benefit the most. “

The data analytics company said that previously it took up to 2 years for new biosimilars to capture up to 50% of the market share of reference biologics (initiators). Now this is accomplished in less than a year, IQVIA said.

European Union companies were the dominant players in the marketing of biosimilars. Between 2006 and 2010, they represented 67% of manufacturers who obtained European approvals for new biosimilars.

During this period, US and Indian companies each accounted for an 11% share of these approvals. But now, many more countries are involved in the development and commercialization of biosimilars, as represented by the following shares for 2021:

This suggests a healthy competitive environment, but according to IQVIA, it is becoming increasingly difficult, not easier, for companies to introduce new biosimilars to the European Union market.

â€œThe upfront investments and high production costs, coupled with pricing pressures and limited access, set the bar higher for biosimilar developers. An increasing number of pharmaceutical companies have decided not to launch biosimilars or to continue with their development plans, making the sustainability of the biosimilars market a critical issue for all stakeholders, â€wrote the authors of the report.

In the European Union, biologics account for 34% of drug spending based on list prices, and this figure is increasing at an annual rate of 10.5%. This is more than double the growth history (5.1%) for the total market, which includes small molecule drugs as well as biologics and biosimilars, IQVIA said.

Biosimilars and the pandemic

Factors related to the pandemic that hampered drug sales growth in 2021 included difficulty in conducting face-to-face consultations with patients / physicians and difficulty switching from prescriptions to biosimilars or starting patients with it. them.

Measured by list prices and prescription volume, biosimilar savings in 2020 were $ 6.5 billion, although discounts and manufacturer discounts mask the real value, IQVIA said. That compares to just over $ 4 billion in savings in 2019.

Much of the 2020 savings was attributed to the biosimilars of adalimumab and infliximab.

“The main proposition of biosimilar drugs is to generate savings in the system, but also to increase access to the complex and expensive biological molecules from which they are based”, but this does not happen in a uniform way. country to country, said IQVIA.

“Despite significant list price reductions, subsequent confidential discounts and increasing competition, not all European countries have been willing or able to increase access to biologics in available therapeutic classes,” the authors said. of the report.

Over the next 10 years, reference medicines in the European Union are expected to lose patent exclusivity mainly in the oncology (29%), endocrine (11%) and blood and lymphoma (21%) categories. However, IQVIA predicted that it would be difficult to get manufacturers to produce biosimilars for certain types of diseases for which the reference drugs lose their exclusivity.

In a recent interview, the Center for BiosimilarsÂ® spoke with experts from Medicines for Europe, a trade association of producers of biosimilars and generics, about a market research conducted by the association that elucidated trends affecting biosimilars in the European Union.

Commenting on the IQVIA report, Isabell Remus, Chair of Medicines for Europe’s Biosimilars Sector Group, said: â€œPatients should have equitable access to the therapy they need, regardless of where they live. However, in Europe we still see unacceptable inequalities.

“Biosimilars are part of the solution, and they will only deliver their full potential with the continued strong support of the European Commission and each Member State implementing the appropriate policy interventions to support adoption,” said Remus. .