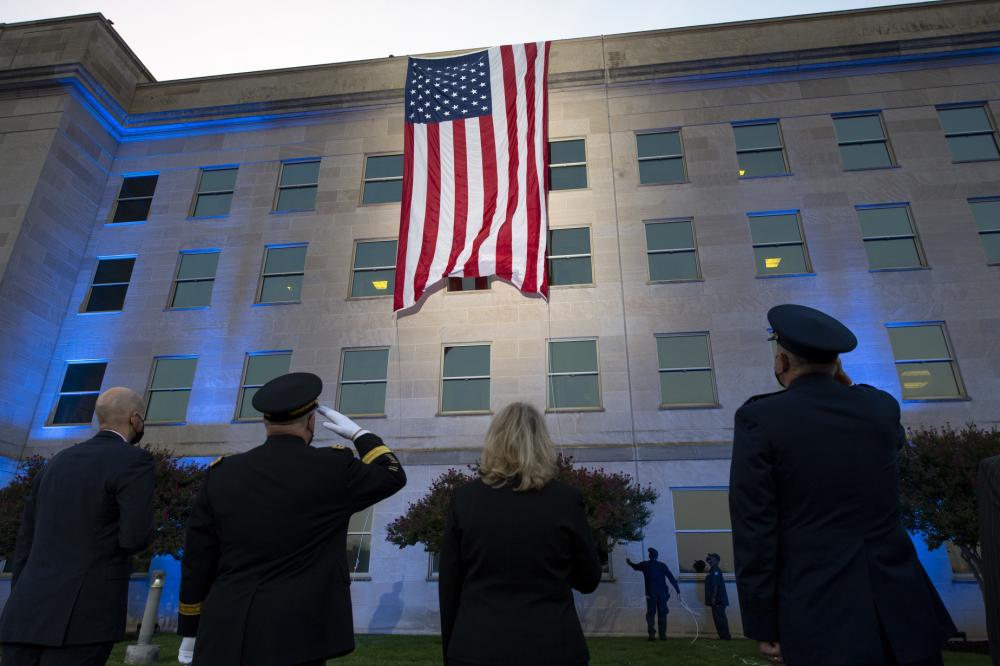 September 11 at age 20: what we learned about securing the homeland

With the fall of Afghanistan on the eve of the 20th anniversary of the September 11, 2001 attacks, Americans seem more eager than ever to break free from the past two decades. We want to honor and commemorate the tremendous losses of that war and that day, of course, but we also want to emerge from what appears to be a time of ever-expanding conflict, global pandemic, natural disasters and economic turmoil. . And as we mark this moment, most of all Americans want to know: what lies ahead?

In many ways, the state of the nation’s homeland security provides a lens through which we can assess this issue. Why internal security? Because it represents the most lasting legacy of the 9/11 era. Indeed, the very term signifies a certain maturity for this country in its national effort to ensure a safe, secure and resilient place where the American way of life can thrive. Created with the founding principle of protecting the American people from terrorist and other threats, the United States Department of Homeland Security (DHS) and its many partners in the federal government, state and municipal governments, the public and private sectors and of local communities have spent much of the past 20 years learning what it takes to secure the American homeland in today’s world, and these lessons are worth considering as we look to the decade ahead, and beyond. of the.

First, the terrorist threats facing our country have evolved over the past 20 years and continue to change. Collectively, we have strengthened the homeland security enterprise to defend against these dynamic threats and reduce our vulnerabilities. We have seen that, despite the death of Osama bin Laden ten years ago, the terrorist threat still exists. While Al Qaeda is a pale reflection of itself, it remains a source of inspiration and direction for those who act on its behalf. Other groups, convinced that the means of terror can advance their interests, continue to try to disrupt and destroy.

Government actions reflect these realities. For example, we have attacked the repeated efforts of terrorists to attack commercial aviation head-on. We are continually improving defenses on several levels: smarter control, stronger aircraft, timely and actionable public information, and better information sharing with industry and international partners. We have brought much of this knowledge and techniques to other modes of transport and to our critical infrastructure, to reduce vulnerabilities – for example, in global supply chains – and also to promote a culture of vigilance and preparedness. .

Second, we know this country can protect itself. The United States has, to a large extent, successfully combated terrorism abroad by working tirelessly to locate and keep terrorists away from our shores. We have pursued this strategy with a skillful combination of intelligence, military operations, and partnerships with key friends and allies around the world.

Closer to home, however, we must rely on different tools: our borders, our law enforcement agencies, our knowledge of threats and vulnerabilities, and our people. Designing successful prevention requires active information sharing strategies with the hundreds of thousands of federal, state, local and tribal law enforcement officials who work daily to prevent crime before it happens and who know about it. the better their communities. It also requires that we involve and educate the public in the right way so that we can help people sound the alarm when things are not going well. Private citizens, for example, helped prevent the detonation of an explosive in flight on Christmas Day 2009 and thwart the Times Square bombing plot in 2010.

Third, the American people truly understand that we all have a role to play. To speak of a safe homeland is to speak decisively of “freedom from fear” – the fear of attack at home or abroad. But homeland security also emerged as a way of describing how we overcame our fear – how we came together to protect our freedoms, opportunities, values, and principles – with the creativity and courage that characterizes Americans. This American spirit and culture is what we have known all our lives as the “American way.”

Traditionally, we have viewed our “national security” as encompassing all that is essential to ensure our national survival; the interests and policies that drive it are strategic, centralized and top-down. Homeland security complements these efforts, but is guided from the bottom up by the many and varied state, local and tribal priorities for safety, security, and resilience in a variety of circumstances that are often quite unique to individual communities. Securing our homeland requires a different approach to security and relies on informed individuals, capable communities and a responsive federal system, each equipped to play its part.

“The American people truly understand that we all have a role to play. “

Fourth, we have learned that we must prioritize our efforts. DHS focused on five key missions as being the most important: preventing another successful terrorist attack in the United States; secure our borders; properly administer and enforce our immigration laws; ensure the security of the country’s critical IT infrastructure; and, finally, strengthening our national resilience to help prevent and recover quickly from crises when they arise.

While being an integral part of our efforts to prevent any terrorist attack on American soil, securing our borders presents a double challenge: on the one hand, we must work to remove people and goods that could be dangerous while putting processes and means in place to accelerate legitimate trade and travel. Likewise, we need to properly enforce our immigration laws to prevent those who would exploit our freedoms endanger the rest of us while welcoming those who enrich our culture and economy – people all over the world. that remind us of who we are and how, to a large extent, this country was born.

Of course, every country has the right to know who lives and works within its borders. Indeed, a legal workforce is essential to a healthy and prosperous national economy. America doesn’t just want it, it depends – vitally – on welcoming people from all over the world to visit, shop, and do business here. Our society will be supported, in part, by intensive interactions with countries around the world, countries with which the American way of life is so deeply linked.

Because of our interconnectivity, we need to better secure cyberspace. The Internet functions as the very endoskeleton of modern life, and we must maintain its security and accessibility for all users. Here again, the challenge is twofold: to secure our identities and our information while maintaining a responsible environment of openness and exchange. At the moment, there are no rules, and cybercrime and cyber exploitation are rampant. The status quo is neither acceptable nor sustainable. Yet we certainly don’t want to restrict access to cyberspace in the name of security. Cyberspace is fundamentally a civilian space where every user and machine must be informed, aware and equipped with the means to prevent hostile penetrations or attacks, and where the government must play an appropriate role in clarifying threats and working with the public and with industry to reduce our vulnerabilities.

Fifth, a key element of our national strength is our national resilience. We know this country can protect itself. We can defeat the terrorists who threaten our way of life. We can rebuild when hurricanes, tornadoes, floods and wildfires devastate our communities. We can control the spread of global diseases and restore the environment in times of disaster. Just as we have weathered crises and difficult times in the past, we have also mastered the lessons of this passing decade. This resilience is part of our history; it is the DNA of the USA.

Sixth, we understand that the security of the American homeland rests fundamentally on the people. We must recognize and appreciate the contributions of men and women from across the country who come to work every day and are committed to doing their best to ensure homeland security. Indeed, any American who answered a distress call when he could have been idle, who helped fill sandbags when he could have stayed dry, or who took the responsibility of “saying something ”to help others has been part – and at the heart – of the homeland security enterprise that we continue to build.

Each year the President stands before the American people to report on the state of our union. Now, as we put decades of fear behind us, and despite the challenges we continue to face, this September 11, each of us should have the confidence to say that no matter what, we are stronger. , more secure and more resilient. than ever before.