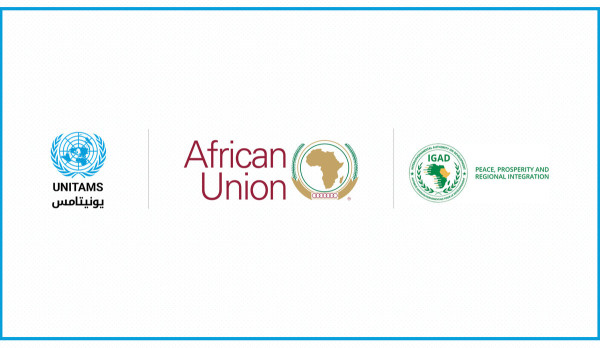 The trilateral mechanism welcomes the momentum towards a solution

The Trilateral Mechanism welcomes the recent momentum towards a solution to the political crisis in Sudan, starting with the formation of a credible civilian government to guide Sudan in the transition to democracy and peace.

In this context, the Mechanism is encouraged by recent statements made by Lieutenant General Abdul Fattah Al Burhan, President of the Transitional Sovereign Council, indicating progress towards reaching a political agreement with the civilian forces on the transitional arrangements and guarantees of a more stable transition period. which ends with transparent and fair elections.

“The military institution has a responsibility to continue to engage in good faith to peacefully hand over executive power to credible civilian authority. All political and civil actors have a responsibility to prioritize Sudan’s best interests in stability and the transition to democracy and just peace,” said Ambassador Mohamed Belaiche, spokesperson for the Trilateral Mechanism and African Union Ambassador to Sudan.

The Trilateral Mechanism further stresses the importance of sustained support from the international community at this critical moment in Sudan’s history.

The Mechanism stands ready, on the basis of this recent positive progress, to facilitate military-civilian negotiations with a view to reaching an inclusive and lasting settlement.