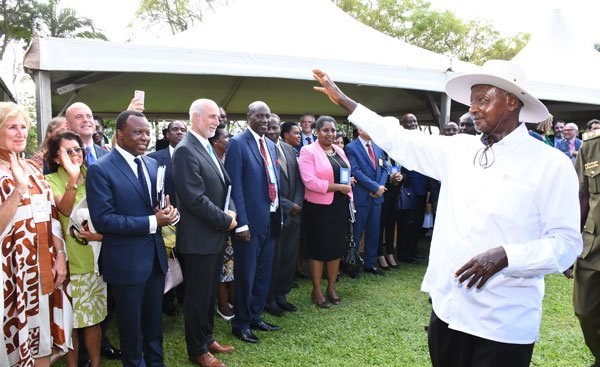 The Ugandan regime is not the solution to insecurity. This is part of the problem

Despite its reputation as a beacon of stability, the government itself is the main source of violence and terror for many Ugandans.

Earlier this month, Ugandan troops entered the Democratic Republic of the Congo (DRC) and launched a joint military offensive with the Congolese army against rebel Allied Democratic Forces (ADF). The decision follows that of last month bombardments in the Ugandan capital Kampala as well as the growing general insecurity, which the government attributes to the militants.

The ADF started as a local rebel group in Uganda before settling in eastern Congo, where it wreaked havoc while staging occasional attacks in Uganda. In 2019, he pledged allegiance to the so-called Islamic State (IS). Although the extent of this association is disputed, IS claimed responsibility for the most recent attacks in Kampala.

Much of the analysis of the latest developments has tended to focus on the allegedly growing risk of militant Islamism in the region, the prospects for the new joint military offensive, and the need for enhanced regional intelligence cooperation. This impetus is understandable given the upsurge in ADF attacks and alleged connections with ISIS. A versatile and growing security threat that crosses borders requires a strong, agile and collective response from regional actors.

However, concern for the security dimension of the problem has tended to obscure its political dimension, which is just as – if not more – important. Examining “terrorism” separately from its socio-political context has resulted in an excessive focus on security measures to the detriment of discussing a broader political restructuring that would arguably be more meaningful in addressing the threat.

In this regard, Uganda is particularly illustrative. The violence, corruption and incompetence typical of the ruling National Resistance Movement (NRM) have created a growing wedge between the state and its people while creating conditions conducive to the development of insecurity. For many Ugandans, the recent ADF attacks have been shocking, but not unlike the brutality of state repression. For decades, the government has systematically persecuted its political opponents, and on a larger scale and with greater intensity rebel attacks. In November 2020, for example, the security forces kill several peaceful protesters. Following the January 2021 elections, they committed to the mass kidnapping and torture opposition activists.

Such crackdowns have fueled widespread mistrust of the government, so much so that whenever violence occurs, the first suspect – in the public psyche – is the state itself. For example, it is telling that although ISIS claims responsibility for the recent attacks, conspiracy theories of state involvement still abound.

This situation has not been helped by the government’s record of deception. In 2006, for example, opposition leader Kizza Besigye was hit with bogus accusations of treason for alleged links with the shadow People’s Redemption Army (APR) rebel group before the case was overturned by the Constitutional Court. In 2018, the new opposition leader Bobi Wine was accused treason and illegal possession of firearms. Ahead of the 2021 election, the government attempted to discredit Wine’s People Power movement by presenting it as a violent group despite his insistence on non-violent methods. And more recently, two opposition lawmakers of Wine’s party were charged with treason in connection with a recent wave of machete attacks in central Uganda; again, many believe these accusations are politically motivated.

Against this background, it’s no wonder that the government’s version of stories is almost always greeted with public skepticism. Over the past decade, virtually every major crime – from gun assassinations to machete attacks – has been blamed on the ADF, often with little or no evidence. Police spokesman Fred Enanga has long been the subject of jokes for producing allegations with sparse and laughable evidence and logic. With little public confidence in the government, its calls for citizen vigilance and cooperation with the security services are mocked or, at best, ignored.

The government’s alliances with violent vigilantes further undermine its security credibility. Since the rise of popular protests in the early 2010s, the NRM has increasingly relied on criminal gangs to maintain control. For example, the police used the famous Boda Boda 2010 group to to crush peaceful protests in the aftermath of the 2011 election. When reports surfaced of the gang’s frequent involvement in murders, robberies and other crimes, there was little police could do to hold them accountable . The government later recruited so-called “Crime prevention“around the 2016 election season. Although billed as a community policing group, the group served to increase state surveillance, curb popular protests, and intimidate opposition voters. And, more Recently the Local Defense Unit (LDU), a paramilitary group known for its ruthlessness in the early 2000s has been revived. It has been widely ostensibly deployed to enforce COVID-19 rules and public safety, but it Already exists several reports of his involvement in torture and extrajudicial killings.

Finally, many Ugandans still remember the costs of the war against the rebels of the Lord’s Resistance Army (LRA) in the late 1980s. The NRM exploited this conflict in northern Uganda to win the day. international sympathy and support, although it has perpetuated conditions that have prolonged it. The government strength hundreds of thousands of people in camps where they suffered untold suffering as the state gained military, financial and political support from the West. Political opponents were also regularly discredited by being accused of links with the LRA.

Get the latest African news straight to your inbox

We need to confirm your email address.

To complete the process, please follow the instructions in the email we just sent you.


There was a problem processing your submission. Please try again later.

The government’s subsequent deployment of troops to the international peacekeeping force in Somalia only served to consolidate its image as a regional peacekeeper, while continuing to tighten the grip on political opponents to Somalia. the House. “Terrorism” has become the state’s preferred accusation against opposition leaders and supporters. And by projecting itself as a regional stabilizer, it continued to attract foreign dollars and guns, entrenching an oppressive system with almost zero accountability.

The lesson from all of this is clear: Security measures alone cannot solve the problem. Even if the current military offensive succeeds in crushing the ADF, it is likely that new security threats will emerge, precisely because their root causes persist. Regimes like the Ugandan NRM may appear as important bulwarks against regional insecurity, but their political dysfunction and the resulting popular discontent are the fodder on which violent armed groups feed. Ultimately, dealing with the threat of violence in the region will require not only military prowess but, more importantly, political change that ushers in democratic control of these states.