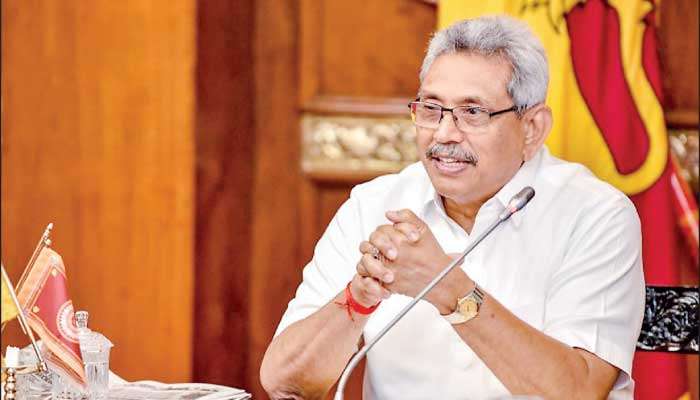 To solve our economic problems, we need common sense, not complex economics 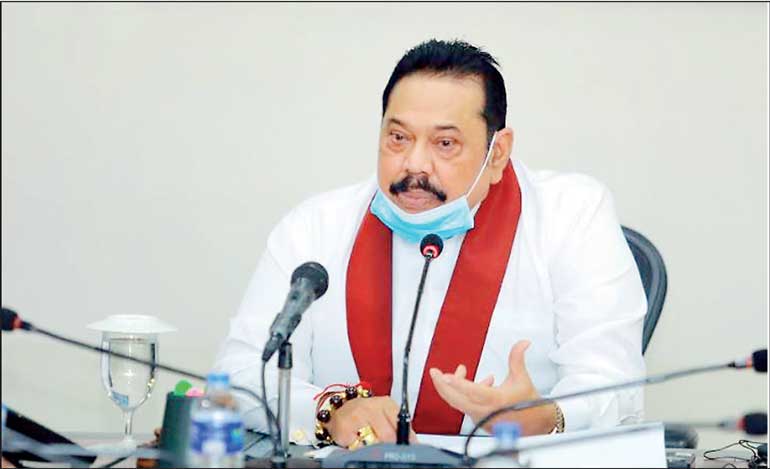 When a Cambridge University student was reading for the Tripos in Economics, I saw a statement attributed to

I always kept this in mind when writing anything related to economics.

We have major economic difficulties. We see little leadership from the President insisting on what needs to be done when we look through the lens of common sense. The high priest of the economy should be the Governor of the Central Bank. He is no economist and we can forgive his inability to articulate in high economic terms how we will get to all the right macroeconomic fundamentals. But what is the excuse for not following Professor Pigou and telling us in common sense terms what to do to solve our economic problems?

His contribution was to say that we should not go to the IMF without giving reasons and then insist on repaying a sovereign bond (instead of deferring payment) at a time of desperate shortage of foreign currency. As they were redeemed at face value, there was a rumor that some people had large lots of bonds bought at heavily discounted market prices and would go on a killing spree when the bonds were redeemed at face value. So all we got from the Governor were two not very helpful contributions.

The president woke up and took a number of actions. Ask for help from the IMF, put the Governor’s advice not to go to the IMF where it belongs (the wastebasket) and appoint two committees, one political and the other a set of private sector leaders. Problems cannot be solved by waving the magic wand of private sector wisdom. There was no choice but to turn to the IMF, with its vast experience of helping countries in distress, and often called the lender of last resort. But the IMF is not a great sugar daddy, ready to give out generous loans, to please countries that have been naughty boys and put their economies in trouble.

Judging by their approach elsewhere, we can get a pretty good idea of ​​what they’re up to. They will seek to lead an unstable country towards economic stability by managing macroeconomic indicators such as balance of payments, economic growth, inflation, unemployment, etc., and push countries towards measures such as low inflation in single digits, budget deficits below 3% of GDP and a debt-to-GDP ratio of 40% or less. The policies that will affect these outcomes are a government’s fiscal policy, monetary policy, and exchange rate policy.

The problem with the IMF

They have brilliant economists and know what it takes to change and improve a country’s economic profile. Whether these remedies harm the population (when, for example, subsidies are removed) or harm the political fortunes of governments, is irrelevant to them. The challenge is to manage the process of responding to IMF concerns, securing their financial assistance, and simultaneously minimizing hardship on the people when IMF proposals are implemented. It can be done, and will tell of our experience when we went to the IMF under the CBK regime.

At the time, as a senior financial adviser to the Ministry of Finance, I had an overview of the debates. There has been extensive dialogue between the two sides on what needs to be done from the perspective of the IMF and what could be done from the Sri Lankan political perspective. Sri Lanka had the brilliant economist PB Jayasundere, then Secretary of the Treasury, who could easily match IMF economists in the debate over optional routes to achieve the desired profile of macro-economic indicators. The equally brilliant full-back on our side was the then Central Bank Governor, the fine economist AS Jayawardene.

My role was to cultivate a relationship with the head of the IMF, and to persuade him to understand the socio-political realities of this country, which made it practically impossible to implement certain proposals, and to make him more willing to move towards the even economic ends by more acceptable means.

We secured their financial support, with manageable reforms to address their recommendations. There’s no reason why we can’t negotiate a sensible package, if we use a team of capable economists, including a governor who is an excellent economist.

Our three main problems are lack of funds for government spending, inflation and a desperate shortage of foreign currency. The challenge is to master our rubik’s cube, with the many variables and to understand what has created the current problems. Then, taking measures, it will relieve, and also taking measures, it will ensure that we do not go down the same slope.

There are many options for solving these problems. Here are some thoughts:

Simply because the government was spending more than its income. They did this by borrowing from the Central Bank which printed the necessary money. Another problem with running the printing press is inflation, due to “too much money for too few goods” as the classical economists put it.

1. The common sense solution is for the government to take the red pencil and suppress spending proposals until we balance spending with revenue. The reason this didn’t happen is due to what I call CP (The Curse of Politicians). They were happy to print money.

Our politicians have failed to understand what Lord Keynes proposed long ago as a multiplier theory. If you give 100 as salary with borrowed money, it will create a demand of 900 if people have spent 90% and saved 10% (the 100 will lead to the expenditure of 90, which will become someone’s income another and that person will spend 81 and so on until the 100 creates a demand for 900). This is what creates inflation. The PC means they will strive to keep doing things that will keep them in power, and to hell with what happens to the economy. This is the essence of CP.

2. The two common sense solutions are to stop all recruitment in the public sector. Cancel current proposals for additional military and defense spending and gradually reduce such spending.

3. To save local costs and currency, cancel/defer all proposed new projects. All projects will have a foreign exchange cost component.

The port city’s promise of billions in investment has not materialized. In the context of our economic problems, nobody is going to invest here when they can get the same tax and other advantages in a multitude of countries without economic problems that offer tax havens.

5. We cannot repay our loans when due. The only option is to restructure our debt, and to make this a credible process, this should be done with the help and advice of the IMF.

Increase income tax with a maximum rate of 40%. Increase corporate tax by 10%. Selectively increase VAT by protecting the less well-off.

We earn foreign exchange mainly through exports and tourism. Provide all support for exports by removing blockages and impediments in the processes.

Tourism is our gold mine. Before COVID, Thailand had 39 million, Malaysia 26 million and Sri Lanka 2 million. Huge potential and tourism is what will save the country. This is the most viable option to create a long-term solution to our currency problems. For a very long time, the development of tourism has been hampered by the megalomania of ministry officials and those appointed by the minister who want to control tourism. There is still a whiff of megalomania in the air. It must be extinguished ruthlessly.

Tourism is a private sector activity, from large hotels to basic tourism activities. Many large companies in the country are in tourism. They have an abundance of talent and the private sector must have the space to manage this industry. It has been hampered for years by tin megalomaniacs wanting to control that which is far beyond their competence.

The President must ensure that the private sector is not hampered by politicians or his appointees and is protected from those who want, through various means, such as new laws, to stick their fingers in the tourism pie.

If new legislation is needed, it should be left to the private sector to develop.

8. The role of the state is to provide the infrastructure to support tourism.

It is important to educate people to understand what has created our current problems. It is essential to get their support for what needs to be done to get us out of the current mess.

The biggest cause was probably our infrastructure megaprojects. They have had an impact on the revenues available to the government. They caused a leak of our foreign currencies. When sponsors gave us loans to finance projects sponsored by them, it increased our debt.

The private sector must sponsor a project to create a broad understanding in the country of the impact of these projects.

For each project, they must publish the total cost, the rupee component, the foreign currency component that is taken out of the country, and the amount of debt created to finance the project.

This information must be provided for all the different parts of the Southern Highway; Mattala Airport; Suriyawewa Cricket Ground; Port of Hambantota; Port city and Kandy highway.

Getting out of economic trouble

Common sense tells us what caused our problems and common sense shows us the way forward. The only thing that can keep us from going down the path of common sense is the selfish interests of politicians.

Top 10 most trusted cybersecurity companies in the world

Harnessing technology to contain a wave of online fraud