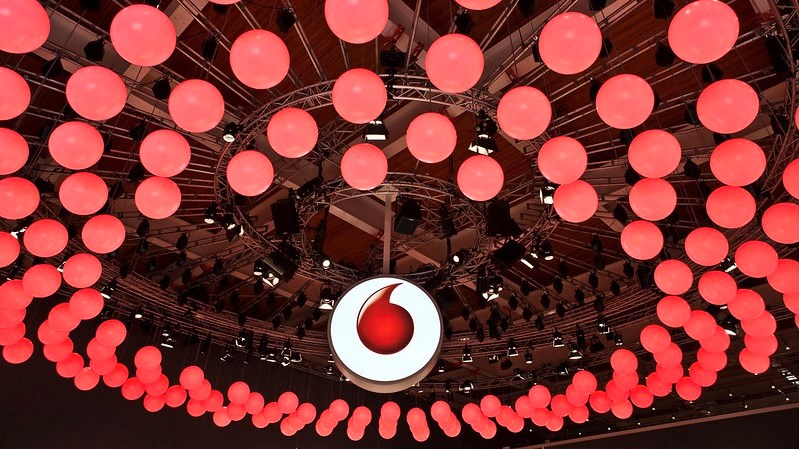 Vodafone has reinforced its commitment to Open RAN R&D – and the further development of an Open RAN technology ecosystem in Europe in particular – by opening the “first R&D center dedicated to advancing microchip architecture to power the new Open RAN networks”.

The facility is housed in the operator’s ‘digital skills hub’ in Málaga, Spain (Vodafone’s main European R&D site), where 50 Open RAN R&D specialists will join the 650 software engineers, network architects and other experts technologies that will be based at the site, which was announced last June when the operator announced its first Open RAN vendor partners. (See Vodafone unveils its Open RAN providers for UK rollout.)

In addition to the 50 employees who focus on Open RAN component R&D, Vodafone says around 20 vendors “specializing in the design and development of chip architectures” will partner with this team, and that one of The Open RAN Chip Center’s main goals will be to establish “a robust ecosystem for silicon design in Europe.”

In the official announcement about the center, Francisco Martin, Head of Open RAN at Vodafone, said: “As a pioneer of Open RAN, Vodafone is partnering with specialist technology companies to expand the ecosystem. Silicon innovation will strengthen Europe’s position in the global market and accelerate the deployment of new digital services.”

This drive to build an Open RAN ecosystem in Europe is something that Vodafone executives such as Yago Tenorio, Fellow and Director of Network Architecture at Vodafone Group, have been talking about for some time, as have senior executives at other major carriers. of the region. collaborating on Open RAN development and technology wish lists: Essentially, operators want to be able to source key Open RAN technology and have a wider range of vendor options in the European region and not be totally dependent on imports from Asia or North America (a desire partly driven by the growing geopolitical tensions and disruptions caused in recent years by Huawei’s ostracism).

For example, Tenorio noted in November 2020 at TelecomTV’s Open RAN Summit: “5G massive MIMO in particular is a complex problem to solve and will require not only a lot of software development but also hardware, especially semiconductors …we’ll need new solutions to be developed in terms of chipsets that power these efficient, super complex radios It’s hard to say how long that’s going to take maybe, you know, as little as maybe 12 month [to] 18 months for [achieve a] full resolution. It may be later if the adoption of Open RAN is low in the industry. (See 5G Massive MIMO is Open RAN’s toughest nut to crack, says Vodafone’s Tenorio.)

Thus, Vodafone seeks to accelerate developments in Europe and help the wider ecosystem access the most appropriate designs and specifications for the chipsets that will be needed to develop carrier-grade Open RAN-based network elements: It is important to note that the operator states that the results of the R&D work will be shared with the wider community through industry organizations such as the Telecom Infra Project (TIP) and the O-RAN Alliance.

But which suppliers specializing in the “design and development of chip architectures” will work with Vodafone at the Málaga site? And how many of them are European? The operator tells TelecomTV that around half of the companies are European, but is currently unable to share full details while deals are being struck.

Of the 12 names it can currently share, most are US companies – Analog Devices, Dell, Intel, Maxlinear, Qualcomm, Xilinx and Broadcom (US-based but owned by Singaporean company Avago Technologies) – while five are European, namely Arm (Cambridge, UK, although currently owned by SoftBank and with a currently uncertain future ownership situation), AccelerComm (Southampton, UK), Kalray (Montbonnot-Saint-Martin, France), Lime Microsystems (Guildford, UK) and Picochip (based in the UK).

And, of course, American companies are major players in the global chip market and some will have personnel, facilities, their own R&D facilities and, in the future, even chip factories in Europe to meet regional demand: Intel, for example, has big plans to build new fabs in Europe, and chip companies around the world will seek to tap into the tens of billions of euros that member countries of the ‘European Union plan to pump into chip manufacturing facilities in the coming decades. (See Absolutely Fabulous: Intel to Pump $80 Billion into European Chip Production.)

The development of the Málaga digital skills site, which will benefit from an investment of 225 million euros over the next five years, focuses on edge computing, private network models, IoT, communications technologies, 5G applications and AI, as well as Open RAN. It will be followed by a similar but smaller facility in Dresden, Germany, which is expected to open later this year.

The R&D sites are part of Vodafone’s growing focus on software communications networks and applications, which will add 7,000 software engineers to Vodafone’s workforce by 2025 thanks to the creation of a pan-European technology team (intuitively dubbed Vodafone Technology), a move the operator unveiled last October. (See Vodafone creates pan-European technology team and plans to add 7,000 software experts by 2025.)

This, of course, is not Vodafone’s only Open RAN technology installation: the labs based at its headquarters in Newbury, UK, have hosted many partners who have tweaked and tested the technology deployed on the Open RAN of the operator. sites, the first of which went live earlier this month. (See Yago Tenorio discusses Vodafone’s first commercial Open RAN deployment and Vodafone launches its first commercial Open RAN site.)

What Vodafone and its European operator friends will also want to see, however, is more investment (private or public) in other facilities, initiatives and/or startups which could lead to the development of a meaningful European ecosystem of developers. next-generation communication networks. so sooner rather than later new names start to appear as potential developers of interest to network operators and/or system integrators. (Or, in other words, where is the next AccelerComm coming from?)

Initiatives such as the UK government’s FRANC (Future RAN Competition) may eventually yield results, but £36m spread across 15 consortia isn’t going to keep Silicon Valley up at night…

How to Protect Your Windows PC on Public Wi-Fi

Home security cameras and their use in investigations