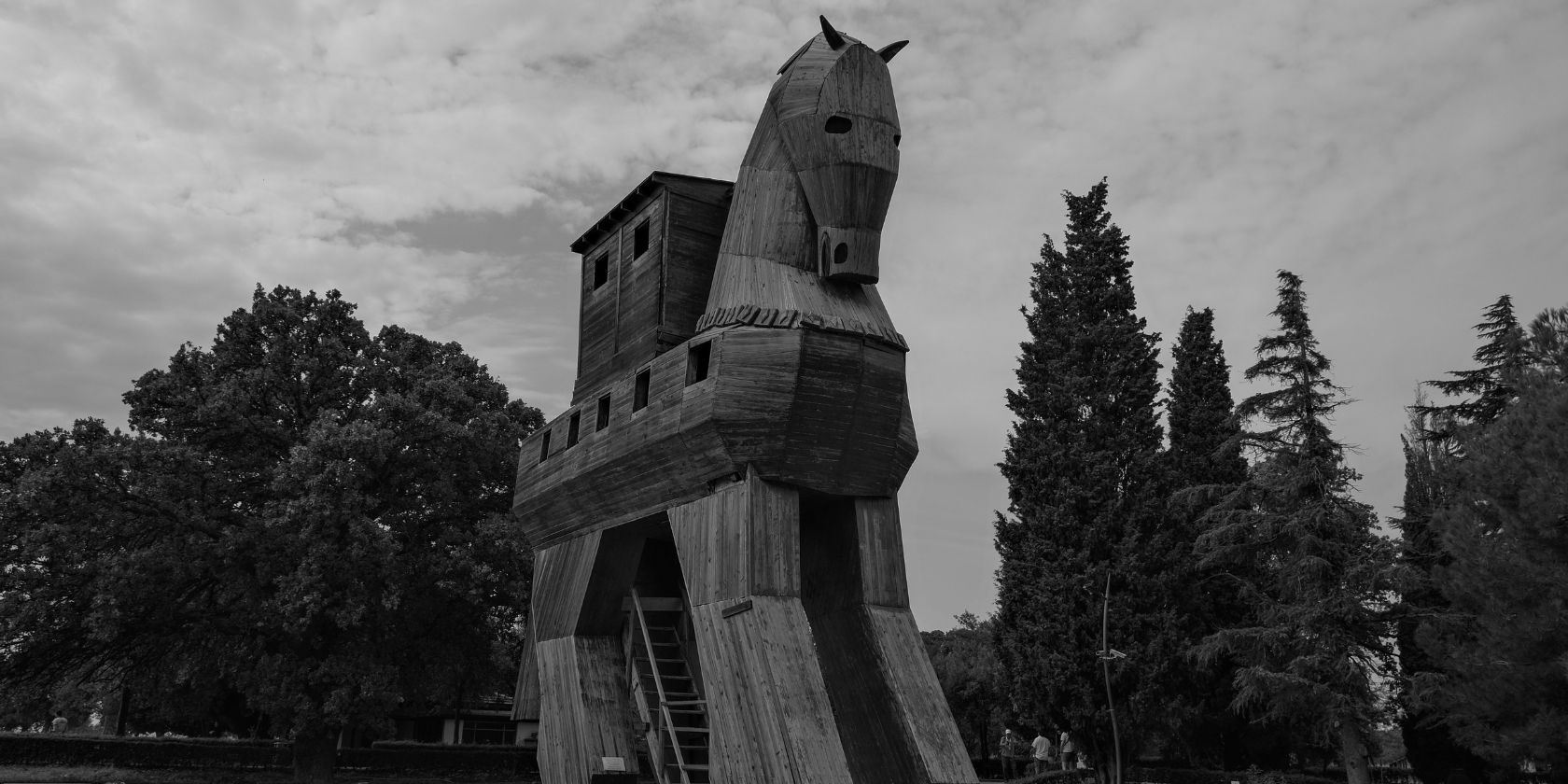 What is a Cybersecurity Trojan? How it works?

When you hear the term “Trojan Horse”, you’ll probably think of the ancient Greek myth, in which the city of Troy is invaded by an elusive trick using a large wooden horse statue. But this term is also relevant in the field of cybersecurity. So what is a Trojan horse in this sense, and how does it work?

What is a Trojan horse?

A Trojan horse (also known as a Trojan horse) is a type of malicious software. It takes its name from Homer’s ancient Greek myth, The Odyssey, because like the original Trojan that was used to invade Troy, cybersecurity Trojans are also designed to deceive.

Trojan Horse malware may appear as a seemingly harmless application, tricking the victim into keeping it on their device. Given the prevalence of cybercrime, people are on the lookout for malware more than ever. So it’s no surprise that malicious actors are looking for ways to sneak onto a device unnoticed.

Trojans date back much further than many types of malware that exist today. The first Trojan was developed in 1975 and appropriately called ANIMAL. But this name did not refer to the infamous Trojan horse. Rather, it was a reference to “animal programs”, a kind of simple game that guesses what type of animal the player is thinking of. However, there is some debate around whether it was really a Trojan horse or some kind of virus.

Since then, many types of Trojans have been developed, some of which have become famous for the exploits in which they were used. Take Zeus or Zbot, for example. This Trojan was used to steal valuable financial data. Zeus was notably used to hack into the US Department of Transportation.

Many refer to Trojans as viruses, but that is not the case because Trojans do not self-replicate or run automatically. Therefore, Trojans are strictly a kind of malware. This means that the target user must voluntarily download the application for the Trojan to be deployed. But Trojans can be very deceptive and not all are the same.

Since their inception, Trojans have developed into different types: backdoor, exploit, rootkit, DDoS, downloader, ransomware, bank… The list goes on. But let’s focus on the most common types of Trojans so that you are aware of the riskier variations.

A backdoor Trojan can give malicious attackers remote access to a victim’s device so that they can control it for their own benefit.

An exploitable Trojan horse is designed to detect vulnerabilities in a device so that it can be more easily attacked. Security vulnerabilities are incredibly common, so this type of Trojan can take advantage of these flaws and bugs to gain access to the target computer. If a computer is not using any type of anti-virus software, it is also more susceptible to Trojan horse exploits.

A rootkit Trojan can allow attackers to gain access to the target device by hiding its presence from malware detection tools. This allows the threat actor to extend the period the Trojan is present on a given device.

A distributed denial of service, or DDoS Trojan, also has a very telling name. You may have heard of DDoS attacks before, as they are quite common. In such an attack, hackers will work to ensure that an online platform or service becomes unusable for its clientele. By using DDoS Trojans, a botnet can be created, which then facilitates the disruption of site traffic, thus enabling a DDoS attack.

The next are trojans downloaders. These programs can download themselves on a target device and remain inactive until an internet connection is established. Once this happens, the downloader Trojan can install additional malware on the infected device to facilitate further cyberattacks.

Ransomware Trojans, as their name suggests, are used to deploy ransomware. In ransomware attacks, a malicious actor will encrypt all data on the infected device and demand a ransom in exchange for the decryption key. Ransomware attacks are extremely prevalent, with various types of malware used for infection, including Trojans.

Finally you have banker trojans. Banking information, such as payment details, account numbers, and other valuable data, is very valuable in the field of cybercrime. This information can be used directly by the attacker to steal funds or can be sold for hundreds or even thousands of dollars on dark web markets. It is not surprising that bank details are so sought after.

Enter Banking Trojans. These programs are used to steal financial data from online accounts so that it can be exploited for monetary gain.

But how do you avoid Trojans? Can these malicious programs be repelled or are they impervious to cybersecurity measures?

How to Avoid Trojans

Unfortunately, there is no type of security tool that will absolutely guarantee you protection against malware. However, you can use very effective programs to ensure your safety. Of course, the first option here is a trusted antivirus program. An antivirus tool should be an absolute must on all your internet-connected devices. These programs can scan for and fight malware, and even give you suggestions on how to increase your device’s security levels even further.

Also, you should always make sure that an app is trustworthy and legit before downloading it. You can download apps from thousands of different sites, not just Apple, Google Play or Microsoft Store. Although these popular platforms do their best to repel malicious applications, they are not airtight and some illicit products continue to find their way. In addition to this, there are countless sites from which you can download unlimited apps, but these sites may have a more sinister purpose.

So, if you are looking to download a certain app, the most important things to do are: check the reviews, download numbers, and the official platform you want to install from.

But some programs are designed to automatically download applications to your computer if you interact with them even slightly. For example, some attachments may be automatically downloaded to your device when clicked, allowing the Trojan to gain very easy access. This is why you should be careful when you receive any type of link or attachment. You can use a link checker site to see if a link is malicious, or learn more about the most common signs of malicious attachments if you want to protect yourself in this area.

Trojan horses are far from a myth

While the term “Trojan Horse” originated in ancient Greek mythology, Trojan programs are a reality today. So, if you are concerned about these malicious programs, consider some of the suggestions above to protect yourself and your device from Trojan horse attacks.