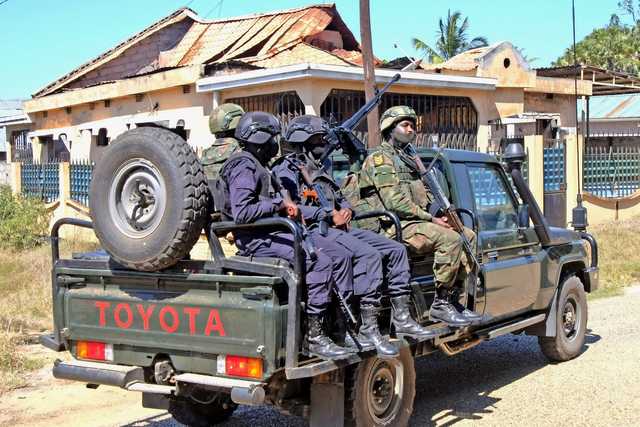 The African Union (AU) wants member states to adopt stronger peace enforcement missions, rather than traditional peacekeeping missions, across the continent as a better tool to fight insurgencies.

The proposal from the AU’s Political Affairs, Peace and Security Committee admits that peacekeeping, the arrangement where the UN allows troops to keep the peace on the defensive while limiting the use of force, can no longer be useful for Africa’s new security problems.

Instead, Bankole Adeoye, the Nigerian diplomat who is the African Union’s commissioner for political affairs, peace and security, said the continent should opt for law enforcement. As part of law enforcement, troops can use force to stop attacks or prevent clashes between armed groups, thereby preserving peace.

“The United Nations Security Council (UNSC) concept of peacekeeping and protection of civilians is not as relevant to Africa’s needs given the emerging security threats and challenges. Concerted action is therefore required from the international community to support Africa’s efforts to defeat the scourge of terrorism and violent extremism,” he said during the presentation of a report to the AU Assembly last week.

“It is in this regard that the commission promotes the concept of peace enforcement. It is imperative to call on the United Nations to support the Commission’s initiative to enforce peace on the continent, including Cabo Delgado, Amisom and Lake Chad.

Under Chapter 7 of the UN Charter, peacekeeping missions must operate according to three principles; parties must consent, missions must be impartial, and troops may only use force in self-defense or in defense of their mandate, which must be authorized by the UNSC.

“We agree with the AU that the continent needs much more peace enforcement. In particular to be able to regain territorial control from transnational and international terrorist groups,” said Dr. Martin Kimani, Permanent Representative of Kenya to the UN in New York. East Africa.

“In many countries, protracted terrorist actions are producing deep humanitarian crises and reversing hard-won economic gains. Peacekeeping, at best, sustains and consolidates peace agreements. But such deals are rare with these groups whose goals can barely be recognized as part of normal political discourse.

Peace enforcement, although also authorized by the UNSC, differs in that troops can deploy the force and use it to forcibly break up a fight or keep the ceasefire. In conventional warfare where combatants meet in a field to fight, enforcement may be easier. But a lasting peace may still need more, experts say.

“First of all, whether it’s peacekeeping or peace enforcement, [the] the search for peace should be a bottom-up process, not the other way around. There is growing recognition that peace cannot simply be reduced to ceasefires and peace agreements,” said Dr. Hawa Noor, Research Fellow at the Institute for Cross-Cultural and International Studies from the University of Bremen. East Africa Thursday.

“It’s complex, but it’s only by involving all the actors that peace can work. In many cases, this has not been the case despite having superior weapons to those of the armed groups.

For Dr. Noor, the opinion of the local population: who are the targets of these missions is important for organic peace to emerge. “That is, if we learn from experience and in particular from the latest case of Afghanistan…and that of course without underestimating the gains and the good intentions of donors and contributing countries.

The report did not say whether the change would be immediate, given that the proposal may eventually need to be reviewed by the UNSC.

But officials cited insurgencies in Somalia, Mozambique and the Sahel as well as growing militia groups in the central African region as one of the reasons peacekeepers will fail to deliver. lasting peace.

The continental body said it was finalizing arrangements that would see regional forces ready to deal with coups or coup attempts, and would serve as part of the African Standby Force. Once the operational framework of the Force is ready, a unit will be created to fight terrorism, he said.

Counterterrorism experts say law enforcement can be useful in dealing with groups like al-Shabaab that don’t plan to negotiate with governments.

“There is a place for both (as with all peace and security issues) because context is what matters most,” said Tabitha Mwangi, a counterterrorism and security researcher in Nairobi.

“If you are dealing with a non-state armed group whose modus operandi is terrorism, as in the case of Al-Shabaab, peace enforcement is useful because you are not able to negotiate and reason with some members of the group because they think your very existence of a state like Kenya is an existential threat to them.

“As such, you will need to use military force to regain group territory and maintain that peace (peace enforcement).”

Enforcement, she argued, must come with “soft power,” such as engaging with communities to support the campaign against insurgents.

In fact, law enforcement may be useless in places of civil war as it could make peacebuilding difficult. In Afghanistan, the deployment of US and NATO-allied forces has emboldened the Taliban who have used the opportunity to portray foreign forces as occupiers. The application worked well in Kuwait, and Western allies forced Iraqi forces out of Kuwait to comply with the ceasefire.

In Africa, peacekeeping is blamed for failing to deal with killings such as the Rwandan Genocide against the Tutsi in 1994. Although there was then a peacekeeping mission in Rwanda, it did not did not react soon enough to prevent the massacres.

“Peacekeeping has been successful in the past, for example in Liberia where there has been the disarmament of former militants some of whom have been successfully reintegrated,” Ms. Mwangi added.

“Improvements in peacekeeping operations, such as the inclusion of women, have made these operations successful because communities feel that their needs and priorities are not overlooked by those overseeing ceasefires. -fire, which in the long run promotes lasting peace,” she explained.

In the meantime, however, observers say the conflict must be addressed as a whole, including the provision of humanitarian aid to communities, the protection of civilians, the disarmament and reintegration of former combatants; support for electoral processes to promote legitimate governments and support development projects.

“To ignore this is to seek to win the battle (in the short term) while preparing for defeat in the war (in the long term), for it leaves no space for the inhabitants to exercise their own agency in the quest for peace and security,” explained Tabitha Mwangi in an interview.

Towards a stronger defense of personal data – Eurasia Review